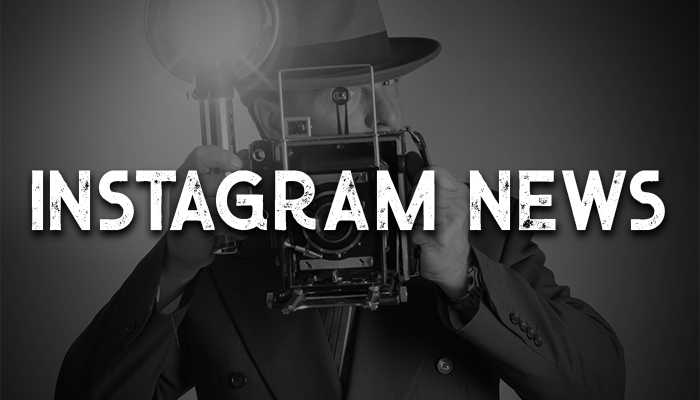 Big news on the ‘gram last week. They rolled out some new features such as Live Requests as well as some “secret” tests that may indicate some newer features that might be rolling out soon.

Let’s dive right into the new features that rolled out on Instagram.

Request to Join a Friends Video

When you’re watching a friend’s live video now on Instagram, you can tap the “Request” button in the comments and they will be notified that you’d like to be live with them on the broadcast. You see a confirmation that they’ve accepted and then you’ll get a notification to get ready. Then you’ll be able to join then live in the vertical split screen view. You can leave anytime and the host can kick you off as well.

When you’re hosting a live, you can see requests from people who’d like to join. in the comments section. Tap the “View” button and then add your friend to the show. 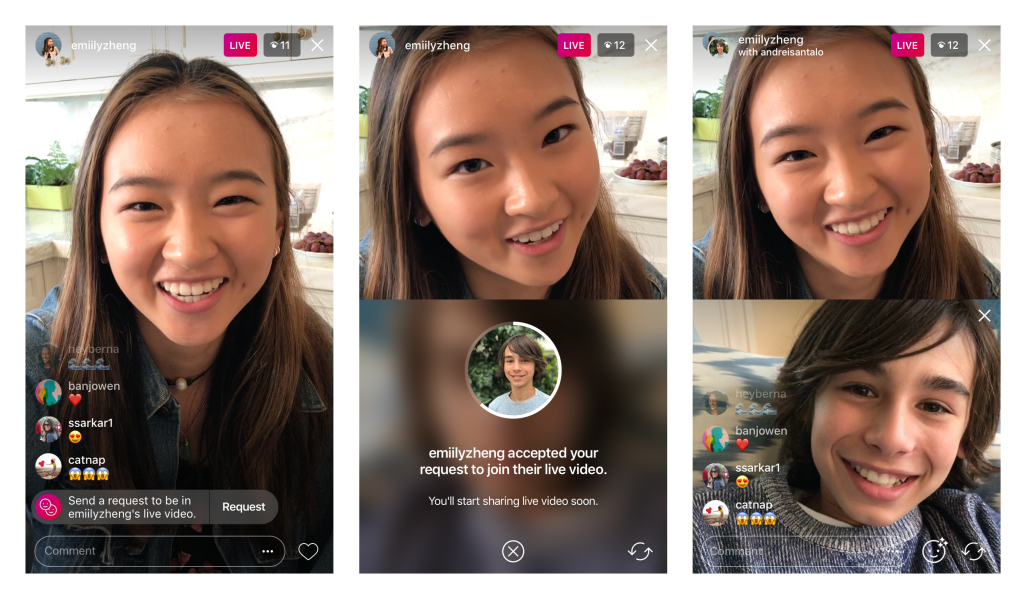 One of the things Erik Fisher and I noticed when we go live is that once you are live with a guest, you no longer see the requests for people who would like to join. Which is a nice feature, especially if you have a large audience. Having multiple requests from people to join while you’re live with a guest could become quite distracting.

The “two smiley faces” icon will show you a red number with how many requests you have. Just tap the icon to view requests to join as well as current viewers to the broadcast. Not only are you able to accept requests to join, you are also able to ask a viewer to join if they haven’t sent you a request yet.

When you’re done with the broadcast, you can share your live to Stories for viewing up to 24 hours or discard the video. Hopefully, Instagram will allow the option in the future to download your live to the camera roll for repurposing.

Another confirmed feature is Instagram sharing accounts “picked for you” in the feed in a a carousel type format. 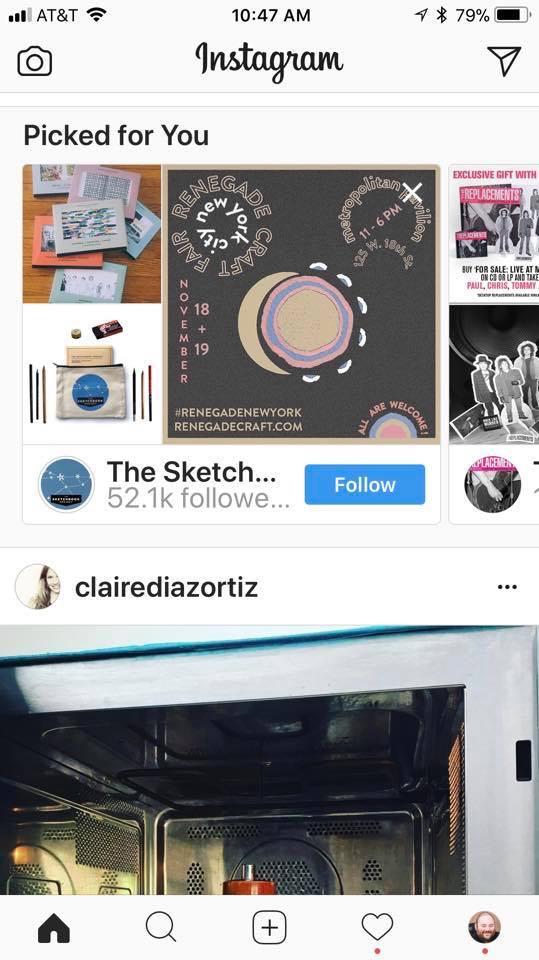 Just like the new “Don’t miss these Stories” feature that has now rolled out to many feeds. Instagram is really pushing for you to stay in the app and introduce you to new followers and stories you might like.

Erik Fisher and I break it down for Social Media Examiner below.

The Next Web had a great article where Matt Navarra breaks down a bunch of features that they seem to be testing. Let me know in the comments if you are lucky enough to have any of these features. I’m not going to mention all of the features mentioned in the article, just the ones I really think are exciting. Check out Matt’s article for the complete list.

This is the big one. Lot’s of people have been asking for this feature. The easiest way currently to re-share an image on Instagram is by using 3rd party apps like Repost. It will be interesting to see how Instagram Influencers will like this feature. I always encourage people to make sure to ask permission before regramming a photo since otherwise, you’re just ripping off someone’s image. Most of the 3rd party apps allow you to also watermark the image with the original posters profile photo which is another nice way to give attribution to the original author. Hopefully, the native regram feature will allow this option.

Not sure how I feel about this one. It looks like Instagram is going to allow you to use GIF from a source like Gifphy. Instagram purists are going to be screaming about this update if it rolls out to all users.

This one would be helpful. It seems that they are testing the ability for you to save your Stories in a personal archive just like you can with posts. It also looks like you might be able to save these Stories longer than 24 hours. Will you have the ability to repost old Stories that did really well? That remains to be seen.

There are a bunch of new features being tested and Erik and I go over them all in the video below.

With Instagram now hitting 500 million daily active users and with more than half of them using Instagram Stories daily, this platform continues to innovate. Facebook (the owner of Instagram) seems to really be invested in coming up with new and helpful features instead of just copying other platforms like Snapchat.

This site uses Akismet to reduce spam. Learn how your comment data is processed.

Join our email community and learn how to succeed with visual marketing.
Be warned! It might just make your voice a little deeper...

Success! Now check your email to confirm your subscription.